The island was lush & beautiful when we were home.  In the short week we stayed in Kingston, visited Port Royal for Gloria’s fried fish, and went to St. Ann for Cuz’s wedding.

In Kingston, we caught the tail-end of the rains: 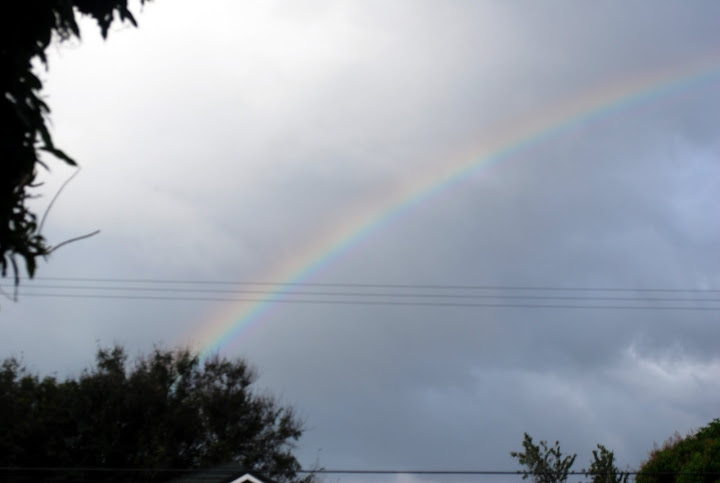 These old friends in the backyard were a sight for sore eyes.  Mahogany in their own little canopy: 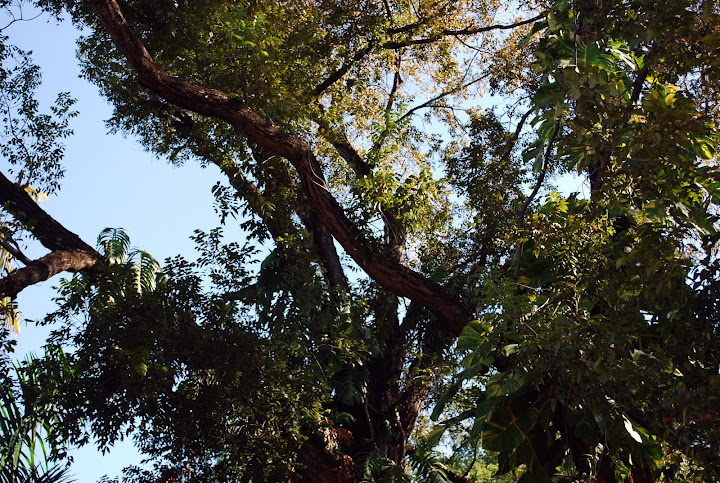 The Lignum Vitae (tree of life) was just coming out of bloom. 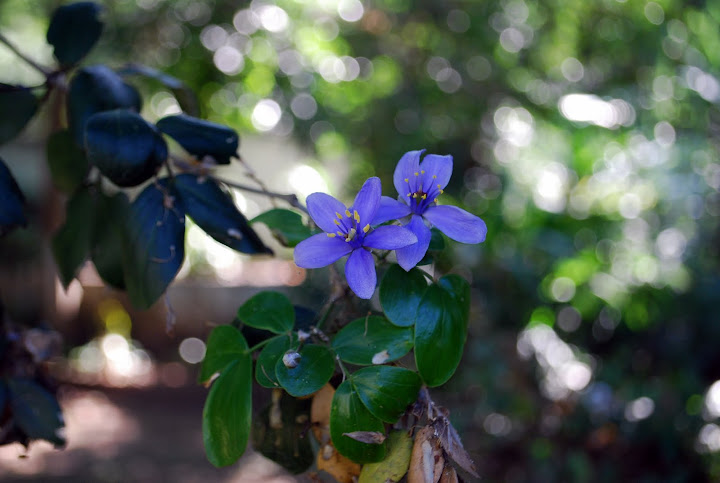 And underneath it all, some life. 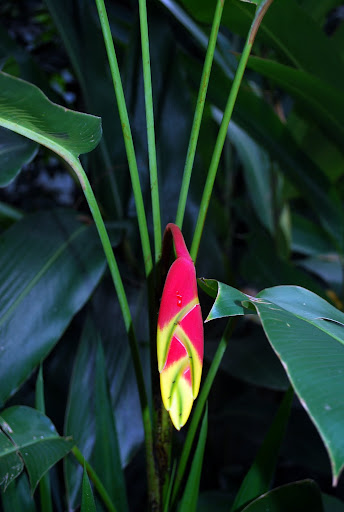 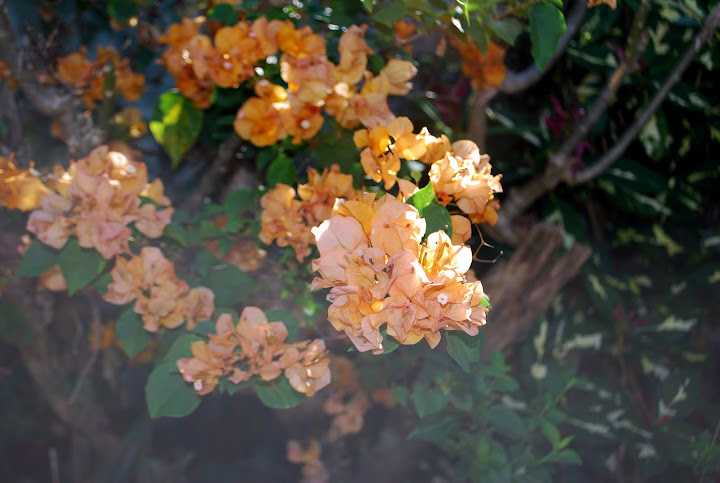 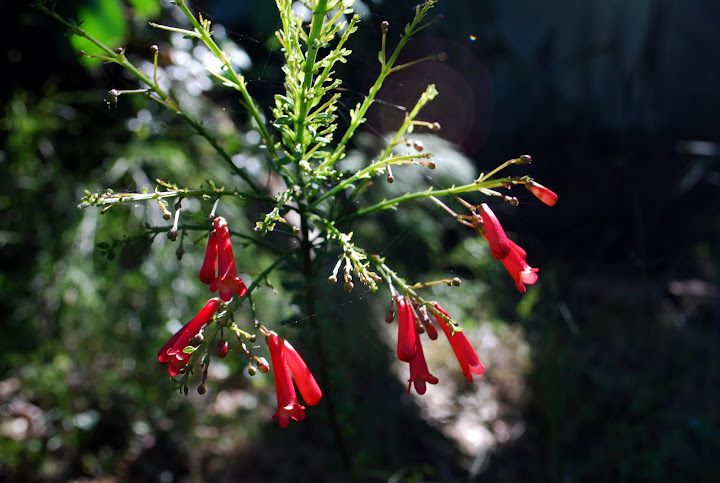 Port Royal charmed even the King of Snark, a 20-something cousin from the States who was with us.  Parking lot view at the Port Royal police station – left:

And swinging right is the Kingston harbour view: 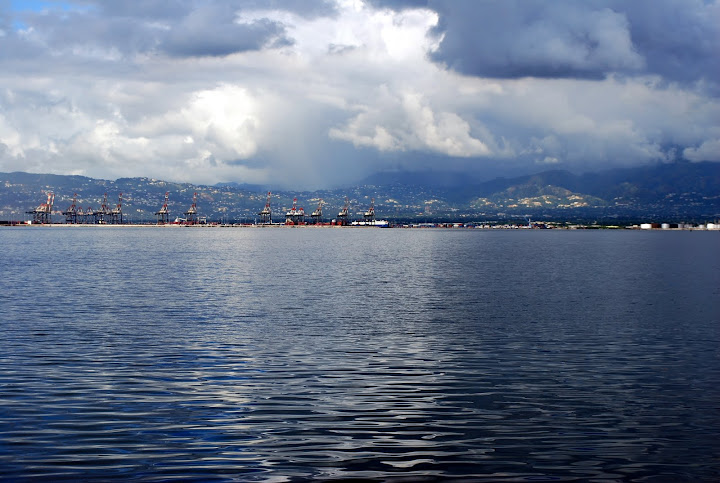 Since people were getting along, and spirits were high we took King of Snark along to Fort Charles, which got mangled in the 1692 earthquake.  It totally delayed our trip down to the country but there was a rare pause on the snark.  Canons abound, it is a fort: 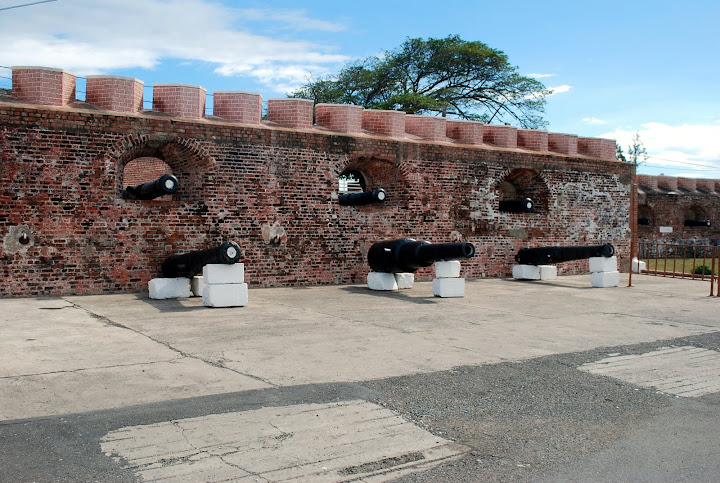 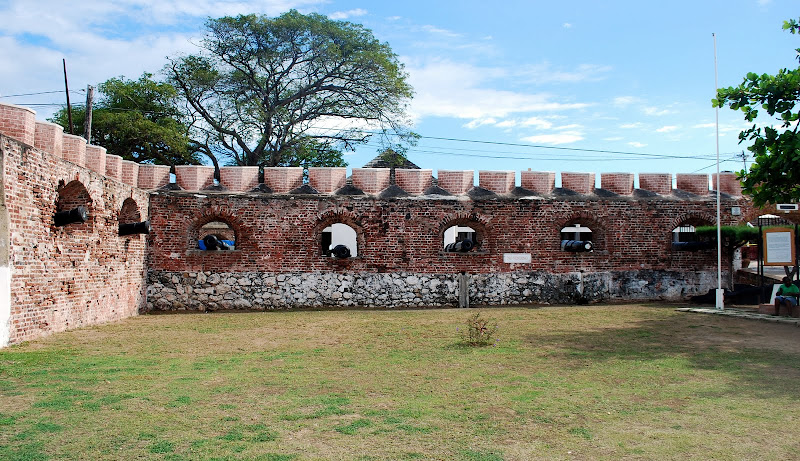 Well placed sea anchor.  Just as big as I remembered! 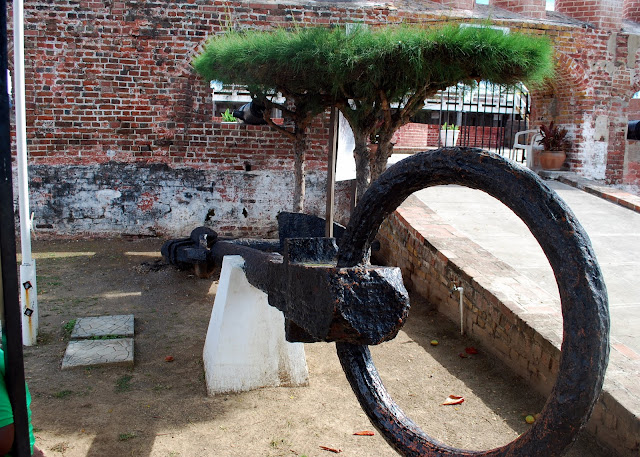 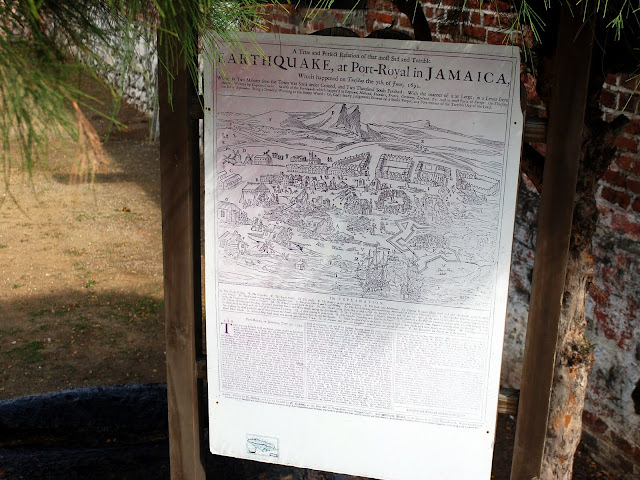 Up the ramp, and inside the Fort:

From which, you see: 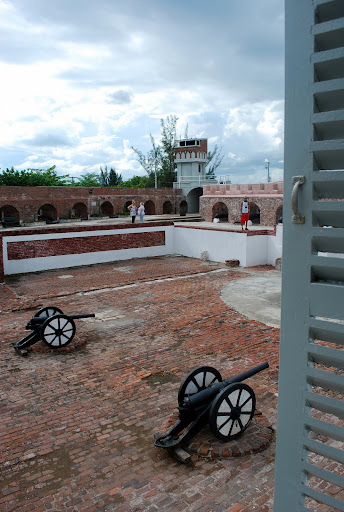 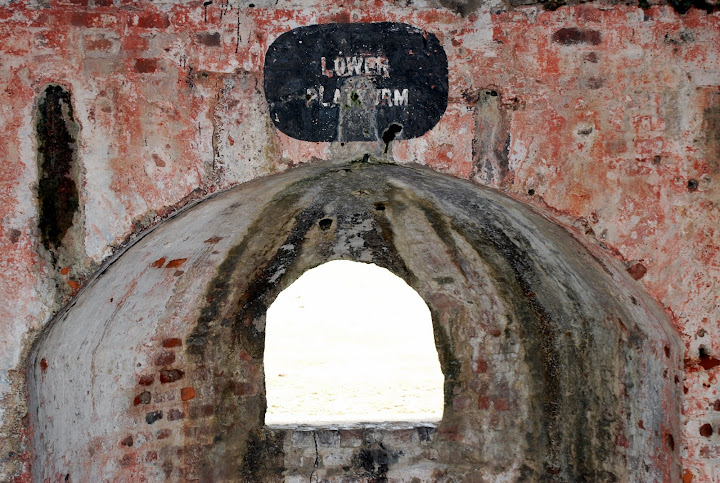 School trip!  They arrived just as we were heading down to the Giddy House.

Spin around, the Giddy House is sea-ward. 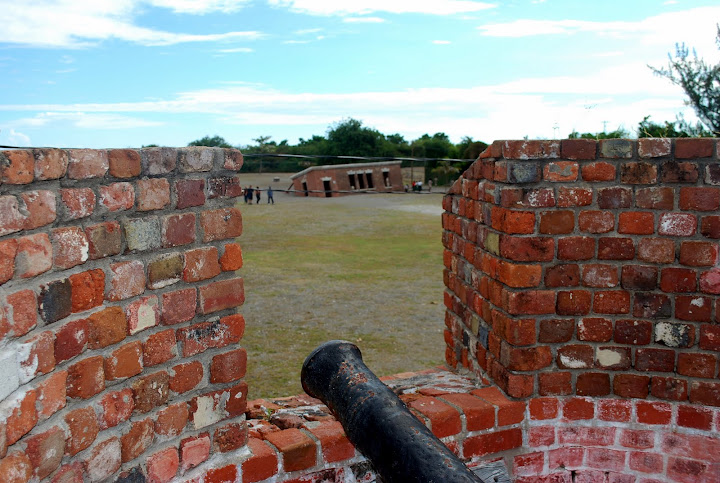 The Giddy House is the old Artillery Store that partially sank in the 1692 earthquake.  Everyone feels giddy walking in there.  Everyone. 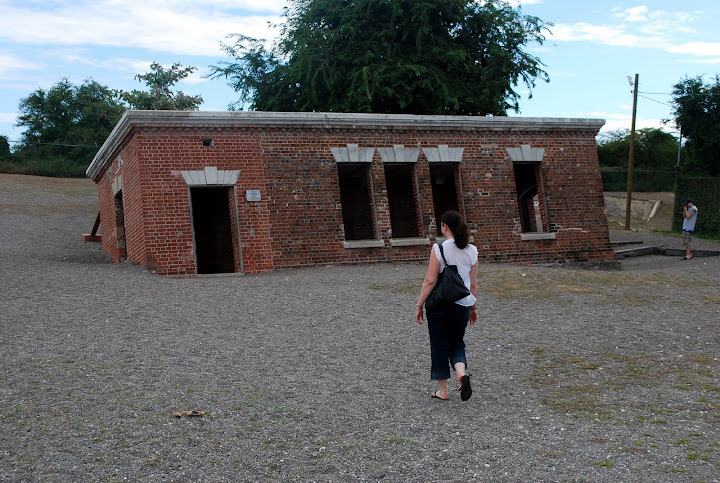 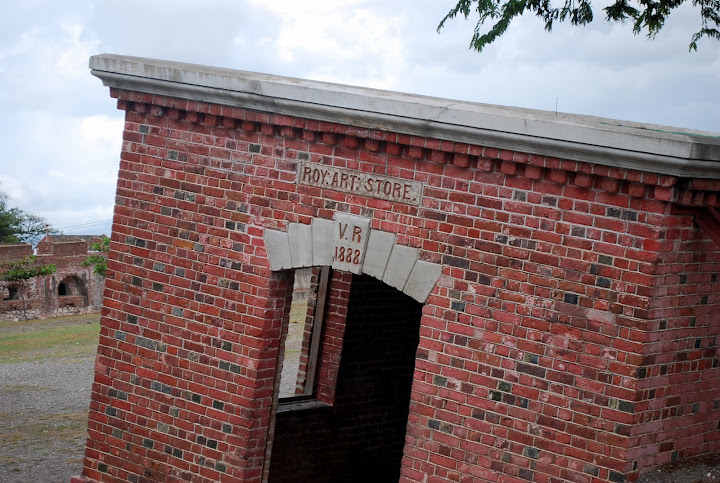 An entire Armory went under. 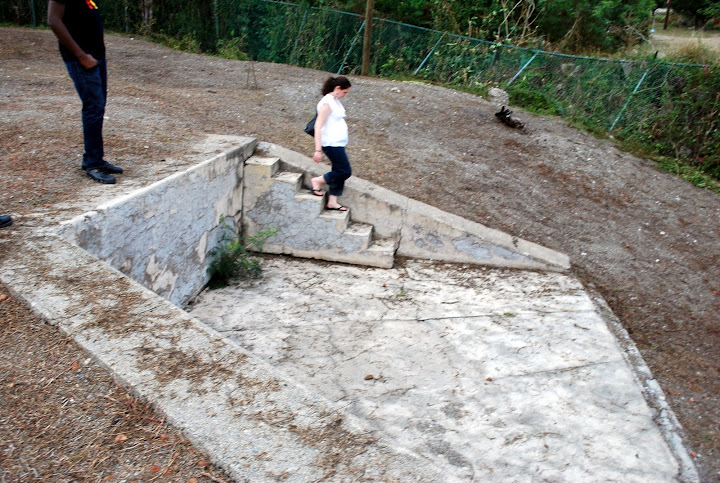 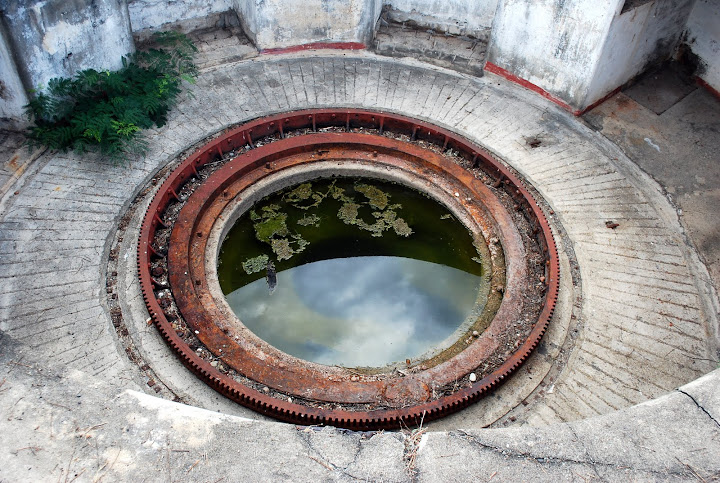 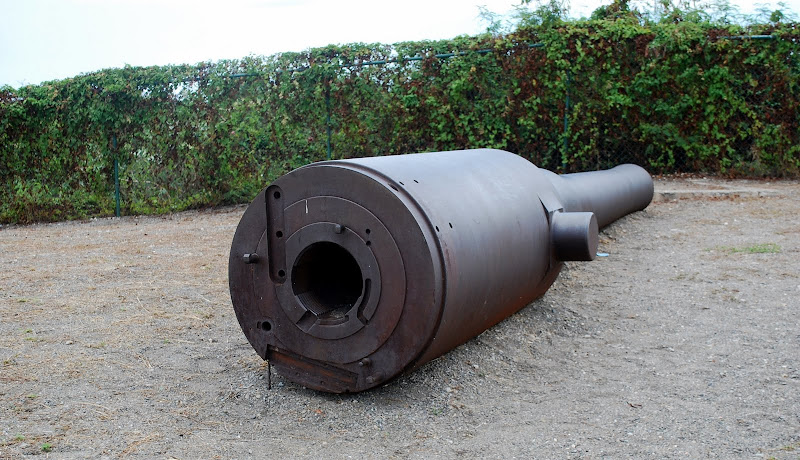 There was a lot of climbing and running on the gun.  Those pics look a little rude, and are being withheld.

And on our way back to Kingston, a Port Royal landmark: 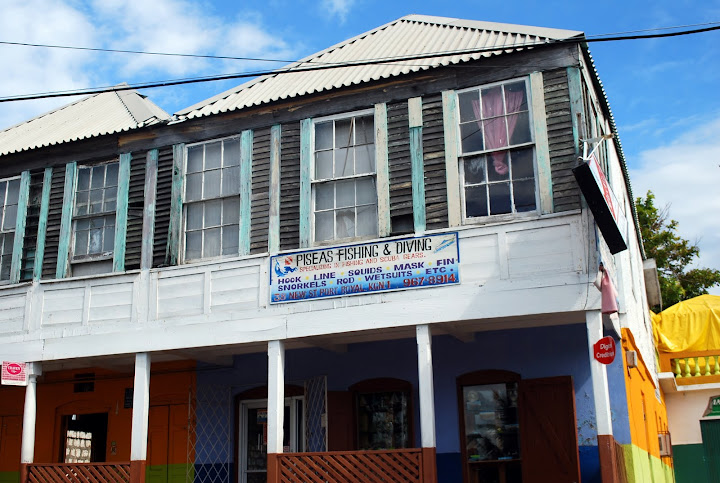 Kingston may not be for everyone but it’s home for me.