The word Swallowtail means something to most knitters.  It’s an Evelyn Clark small triangle shawl design that has gone viral.  There are 9,543 projects on Ravelry, and now I understand why!  This cone of red Habu Tsumugi silk yarn never even hit the stash! 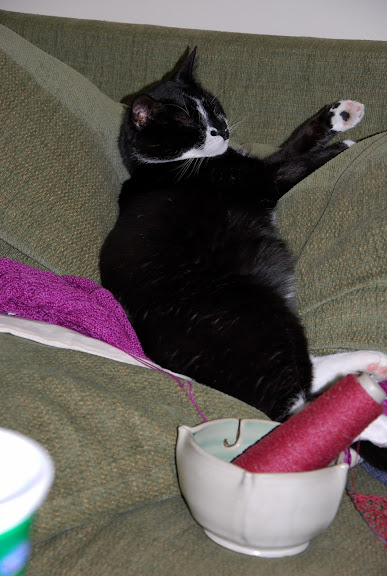 The heap of magenta is a project that only Melvin is enjoying very much – the Laar Cardigan by Gudrun Johnston.  More on that is to come in a future post.

Initially, I cast-on for another Evelyn Clark pattern, the Prairie Rose Lace Shawl from the Knitter’s Book of Wool.  That was more of an exercise in swatching the Habu, and I soon went for the Swallowtail.

All I could hear was Teresa’s voice saying, “You totally should make one!”  Which Teresa?  The one who made no less than 5 of those Ravelry projects. 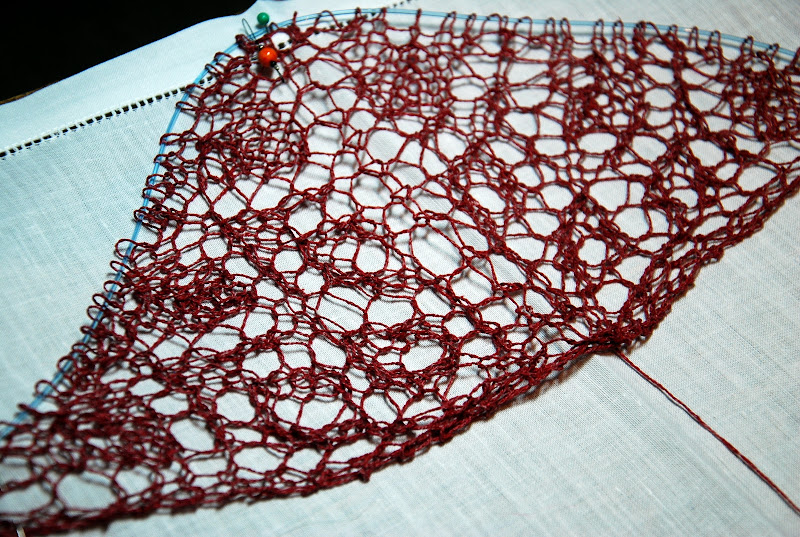 I settled on using my 3.0 mm lace Addi turbo needles.  My system for working with the nubby Habu silk was:

It went on the needles February 8th & came off on the 25th.  I really like the pattern, and the sweet challenge was working my first mirrored border.  With the yarn managed, I found it went very quickly.  All other projects were set aside! 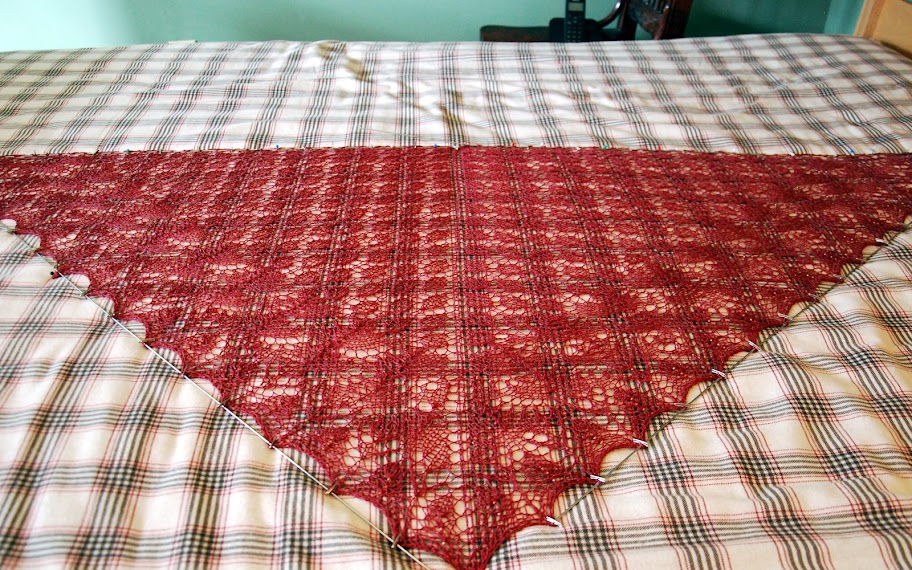 For my Lily of the Valley border, I substituted orange Toho 8/0 seed beads for the Estonian nupps (think bobble).  I used a tiny 0.6mm crochet hook, and added them on the right side.  The edging is also beaded but on the wrong side of each double decrease. 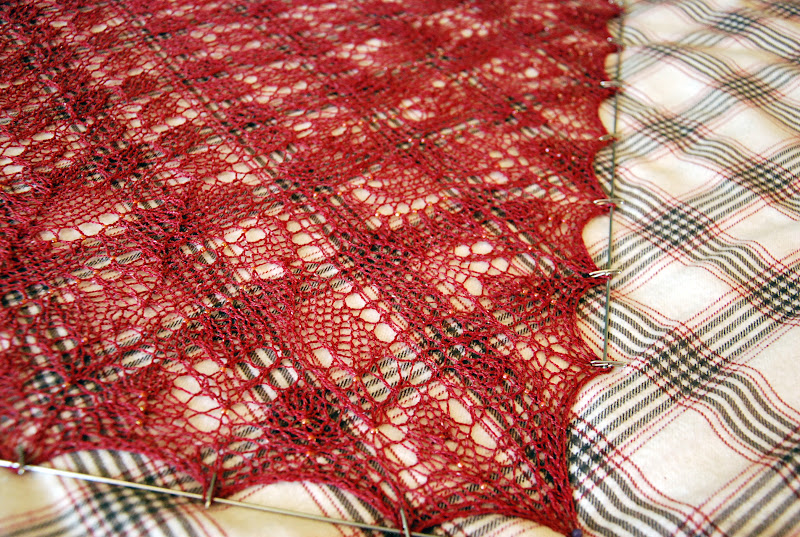 The beads showed well even before blocking (but not so well on the flannel sheet). 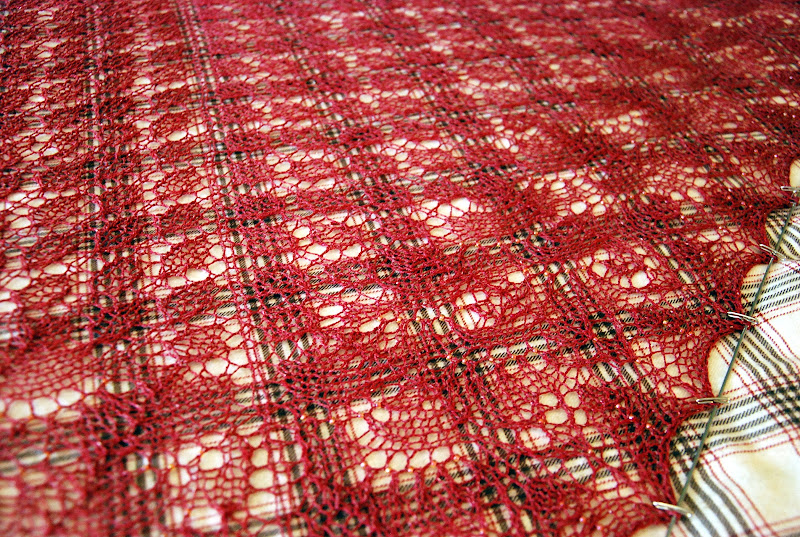 As soon as he saw the beads on the tray table, N said, “Now you’re happy!”  He was right!  For all the extra manipulation, placing beads gives the shawl weight, dimension & highlights the pattern.

So, Ms. Teresa:  when we see each other again, I will be wearing a Silk Swallowtail!  Thinking of you this week & get well soon.  Lace knitting & pilates to follow, right?! 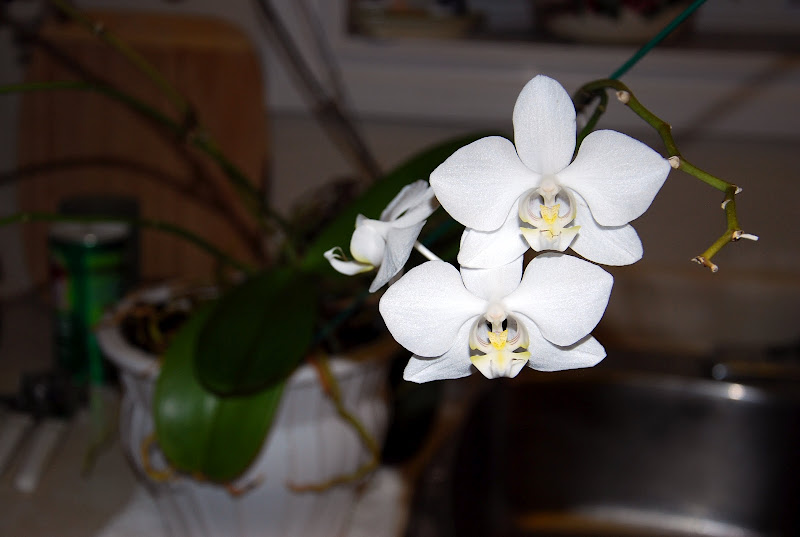 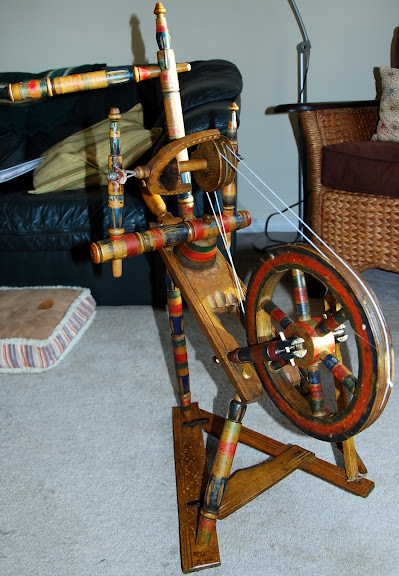 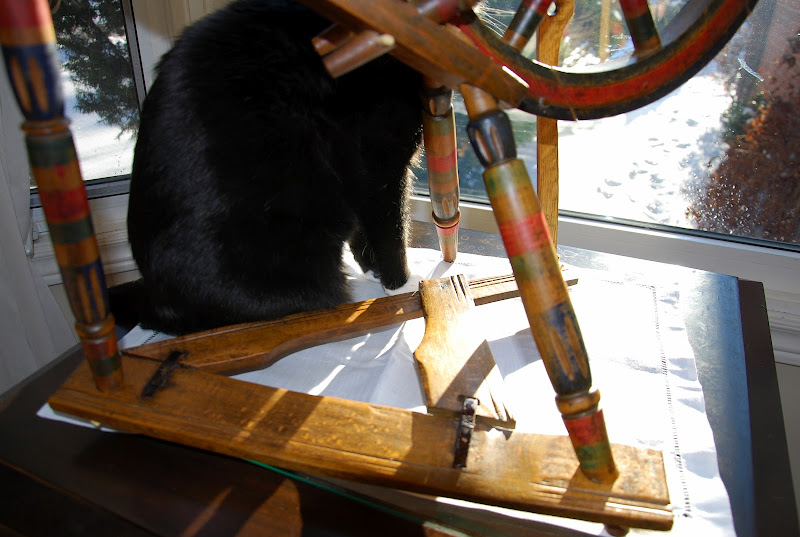 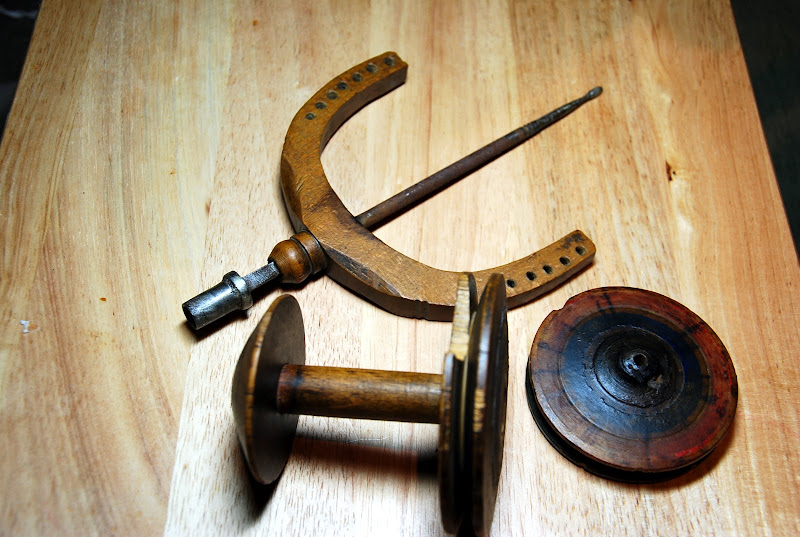 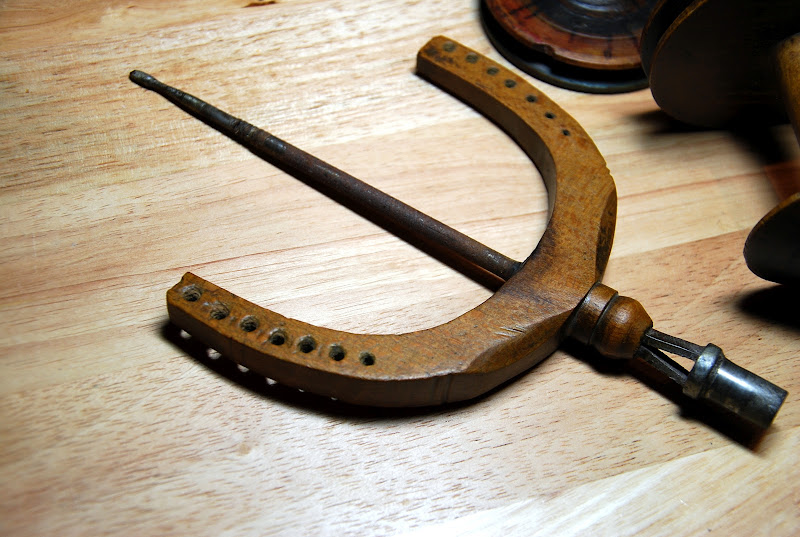 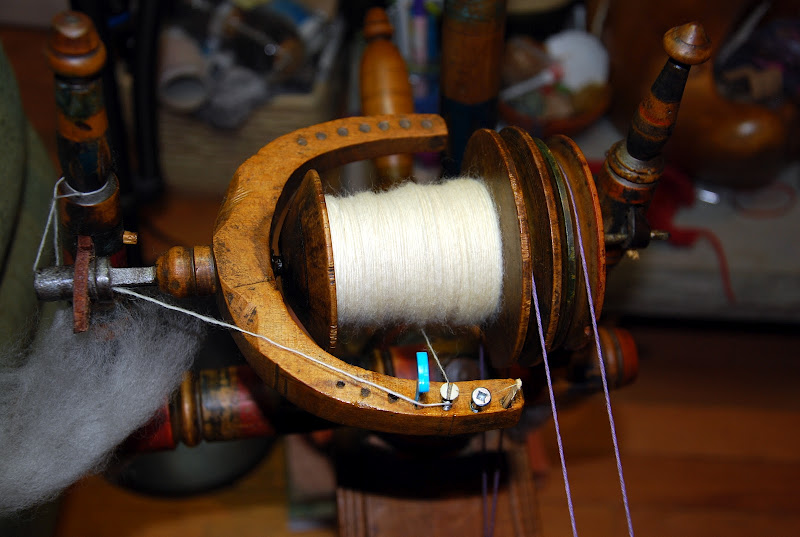 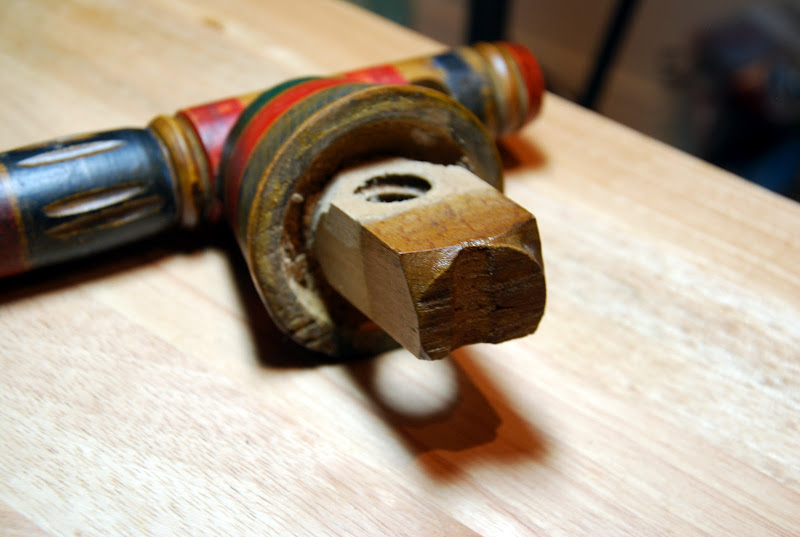 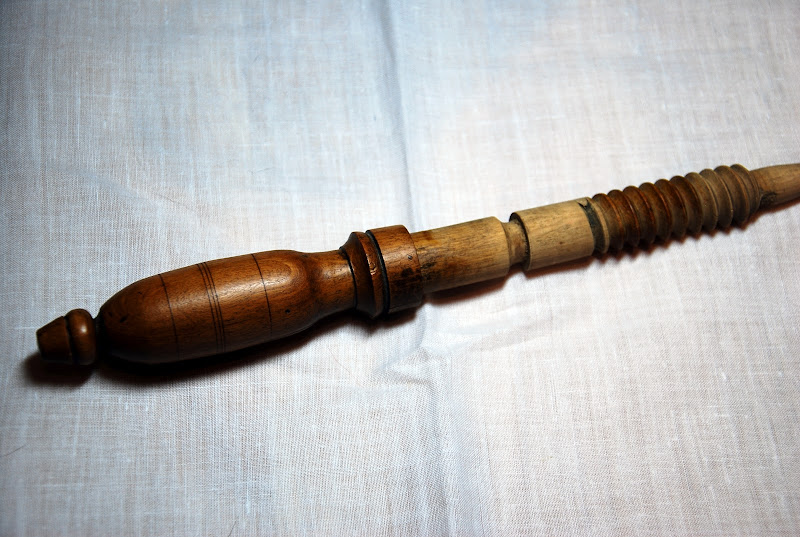 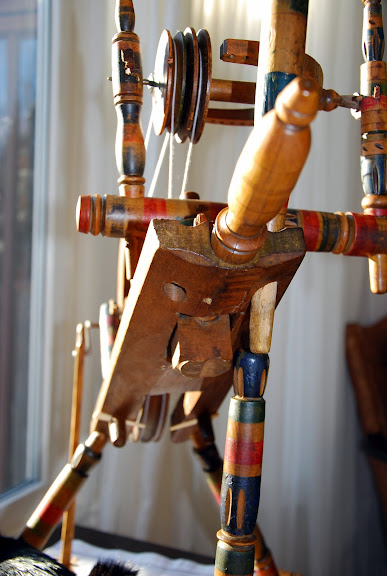 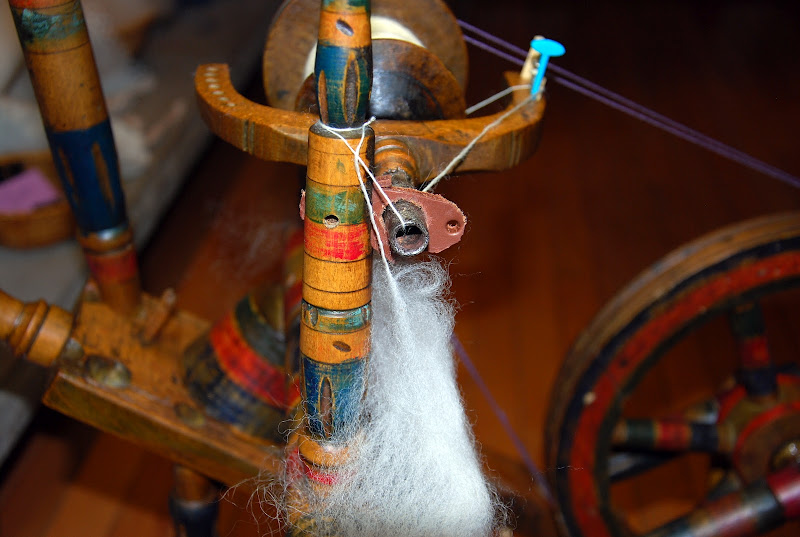 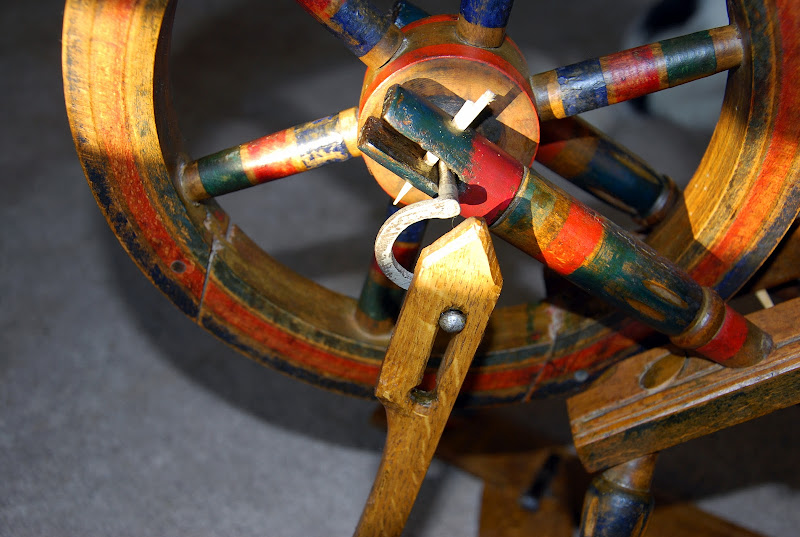 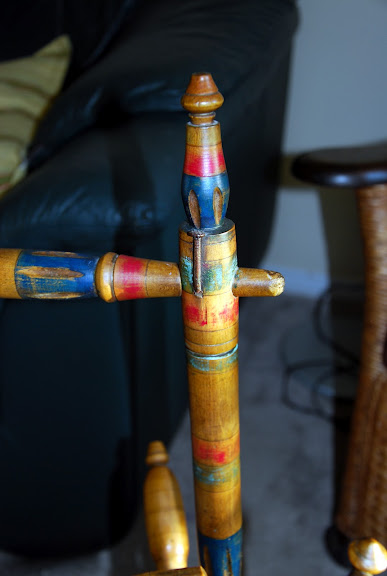 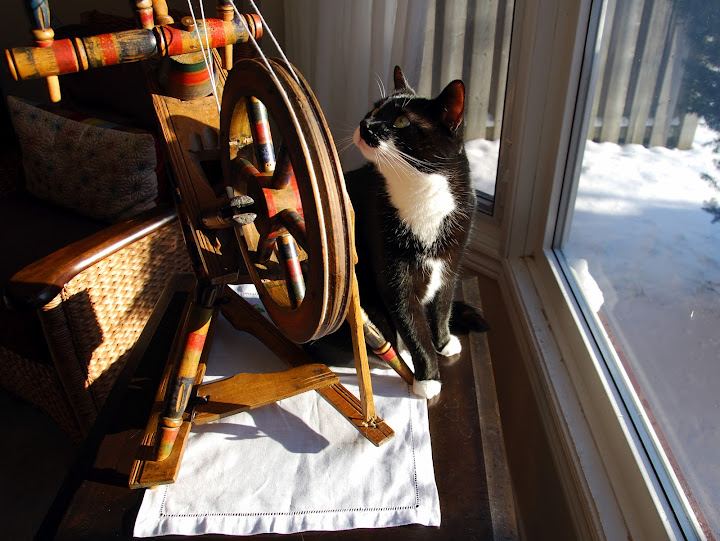