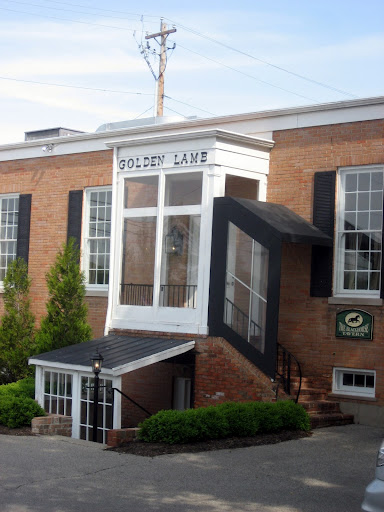 It was a wonderful weekend.  I took off my blogger hat shortly after arrival but not before I took pics of the Golden Stringtopia Welcome waiting in our room. 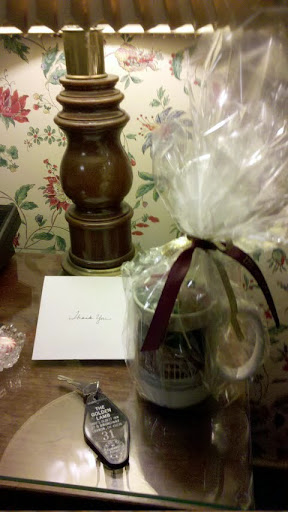 As you can tell Sandi was also pleased with hers… 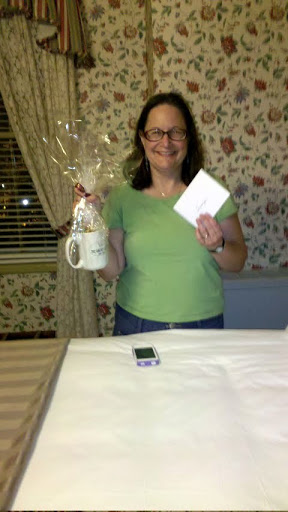 … after 11 or so hours navigating with me from Ontario to Lebanon.

Look what was inside the mug! 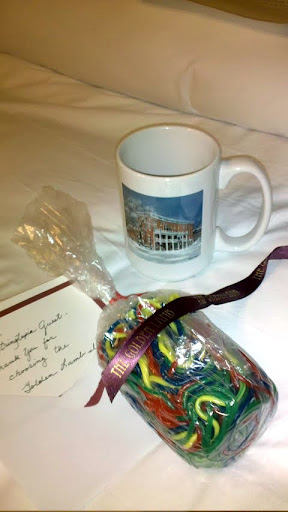 We shared the John Quincy Adams room.  Our welcome letter says that he stayed at the hotel on November 7, 1846.  I bet our view was better than his! 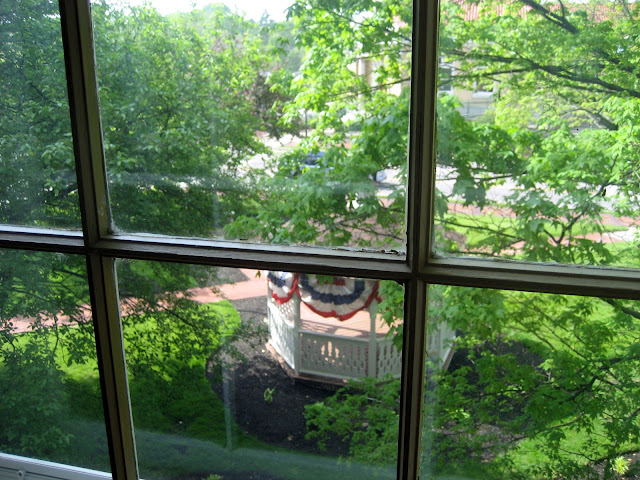 My first class was All Spindles All Day with Abby.  I am more excited than ever about spinning with spindles for All the Things.  Abby masterfully took us from how an Andean child learns to spin to plying.  She gave us equal parts passion, instruction, and jokes.  It was amazing. 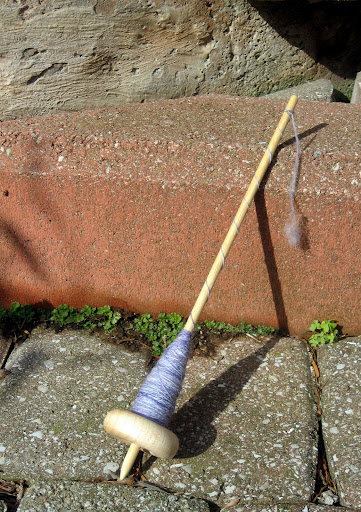 Proof of concept:  low whorl spindles do not need a hook, a knob or a notch in order to function perfectly well.  We won’t talk about Woolwine’s feats with cotton during this class.  Let’s just say she was giving trouble. 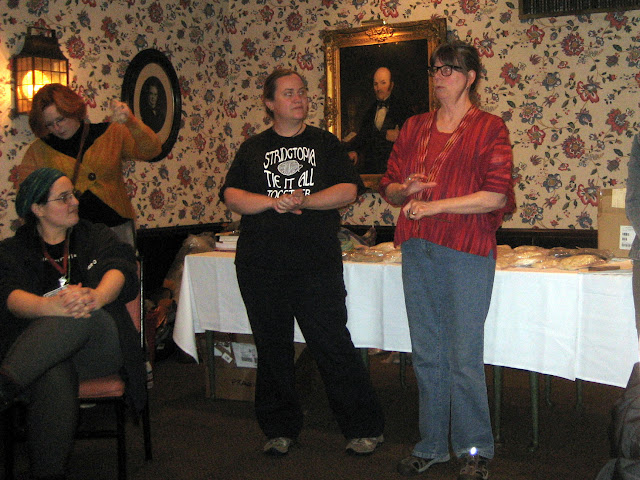 This year’s Kick-Off Bash was on Friday night, and little did I know what Feorlen aka Andrea (sitting) had in store for us.  She has a Certificate of Excellence in Handspinning from the HGA, and brought all of her materials for us to see.  It was astonishingly masterful work, and her presentation on Saturday was very interesting. 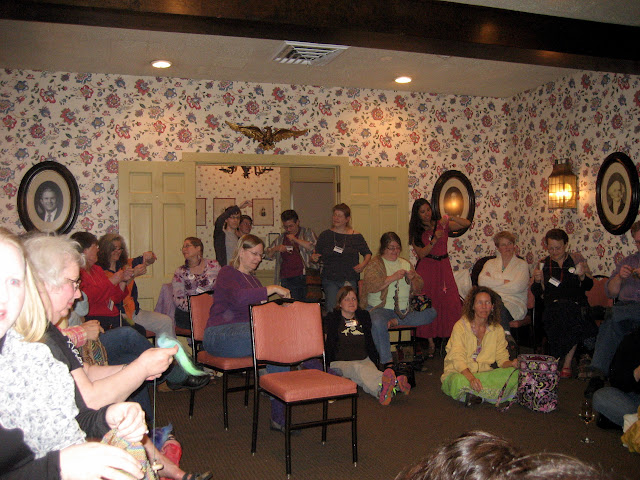 The highlight of the Bash was when Janet won her maple Bossie!  This kicked-off epic spinning of an entire Abbybatt in a cool 48 or so hours. 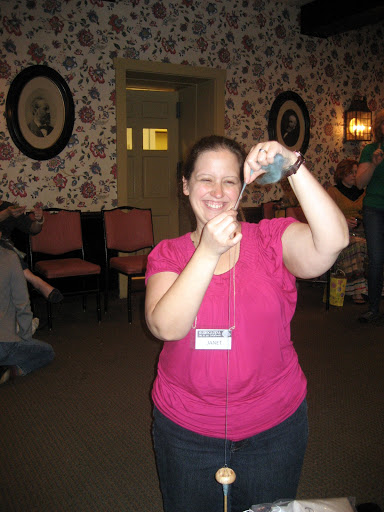 Hands-down the best part of the weekend was the Friends of Abby’s Yarns super surprise presentation of Abby’s new hand-everything kimono. 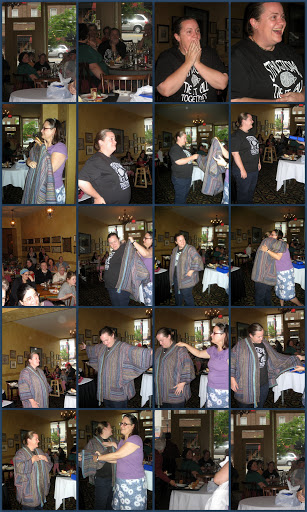 This is what I mean about the singular generosity of the spinning community.  Two years in the making, and Abby didn’t even suspect a thing! 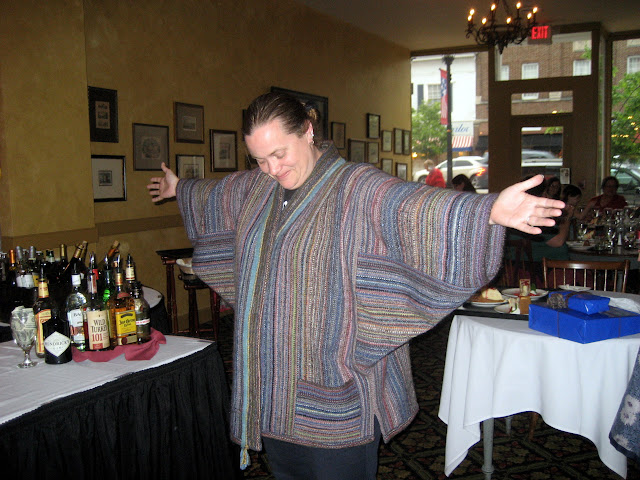 All the remaining door prizes were thus handed out in style. 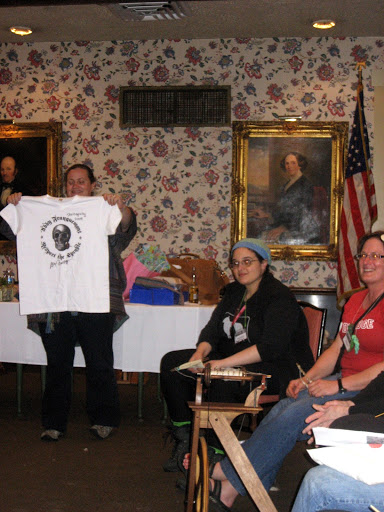 Angela received that one, and was seriously Over the Moon.

My prize was generously donated by Musewings aka Nicole the Hot Blonde, and I love it! 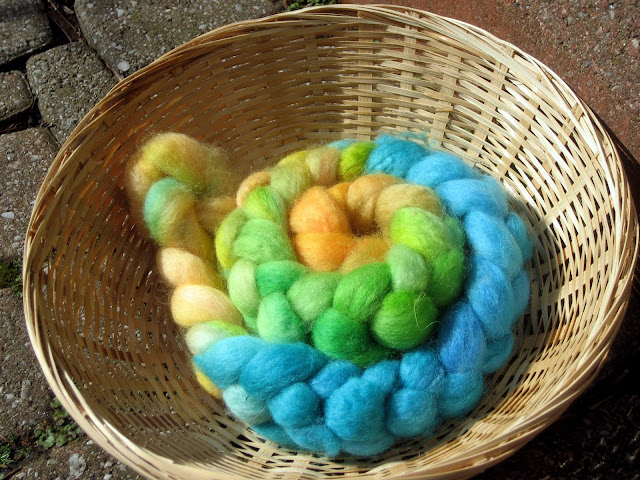 N, who is not known to gush over fibre, praised the colours on sight!

My other classes were with Beth Smith who was also the event’s vendor.  I took Spinning for Lace, Drafting, and also Long Wools with Beth, and am so happy that I did.  She not only helped me with my Martha spinning wheel but expertly took us through many breeds with different preparations.  And by many, I mean… 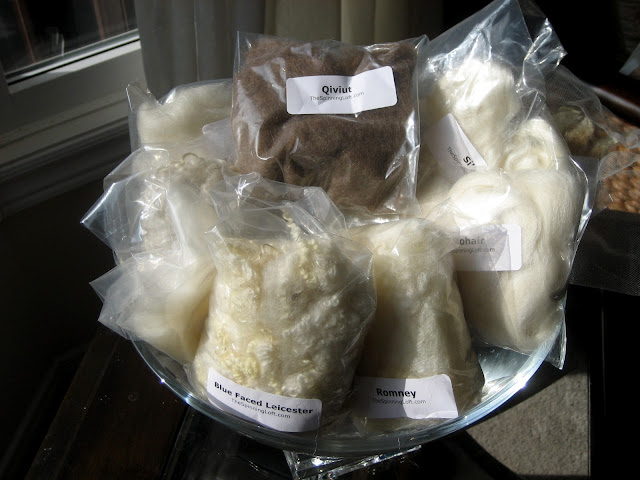 Uh-huh.  Yes, Qiviut came with the Spinning for Lace materials!  It was glorious.

I did have a cry-worthy time of it with the cashmere though.  This is how I know that Beth is a superb teacher.  She did not push.  She did not single out.  She let me into her already-full Drafting class to learn me some long-draw.  As she said, “Because of Love.” 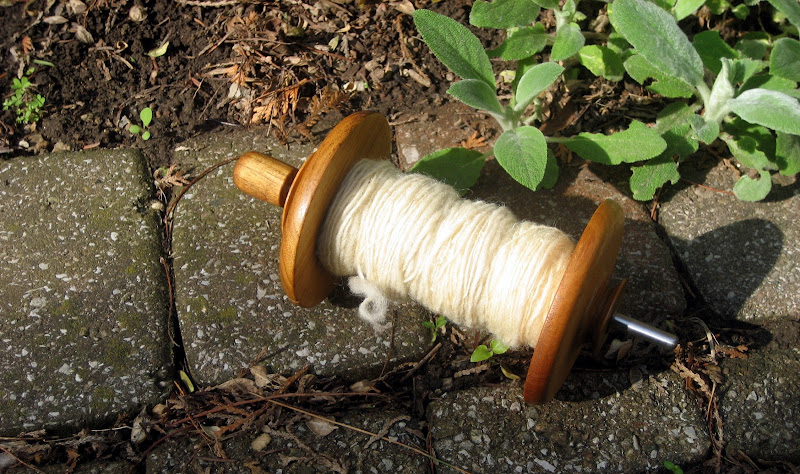 She sold us some of her Horned Dorset so that we could keep practicing long-draw.  And seriously, in the Long Wools class, Beth Smith Pink got me to sample my yarn! 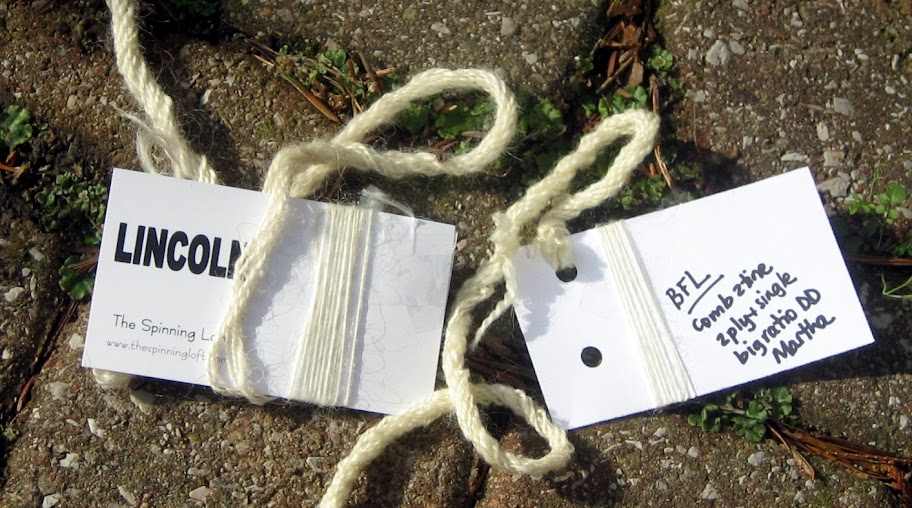 If that’s not one superb teacher, then I don’t know who is. 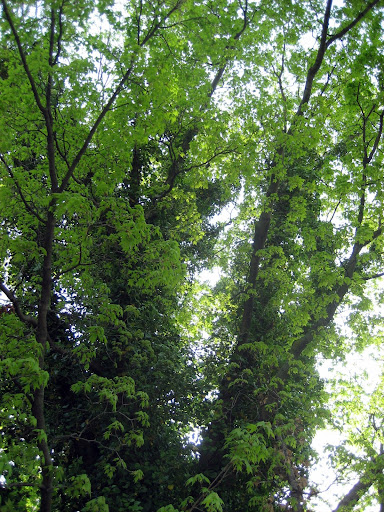 It was a totally awesome event.  I’ve met people who are, as Brooke put it, part of my tribe.  We learned.  We teased Josh.  We made Abby cry, and now she has her pockets.  And now, we are home again. 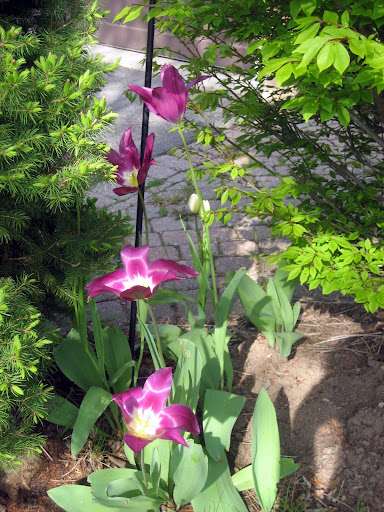 2 thoughts on “Stringtopia the Second!”