The inaugural Weftember Weavers’ Open is about to begin!  Enallagma9 also known as Bug Girl threw down the thread in the Friends of Abby’s Yarns Ravelry group, and said:

Ladies and gentlemen, knitters and spinners, weavers and all those who fiddle with fiber, in just under four weeks the very first Weftember will begin! Weftember begins Saturday, September 7th (not on the 1st!), and goes through Sunday, September 29th, midnight to midnight, Rav time.

She said more but if you are a FOAY then you already knew that!  Since she posted this 22 days ago, so far FOAY has managed a good 32 pages of pre-Weftember in fine form. 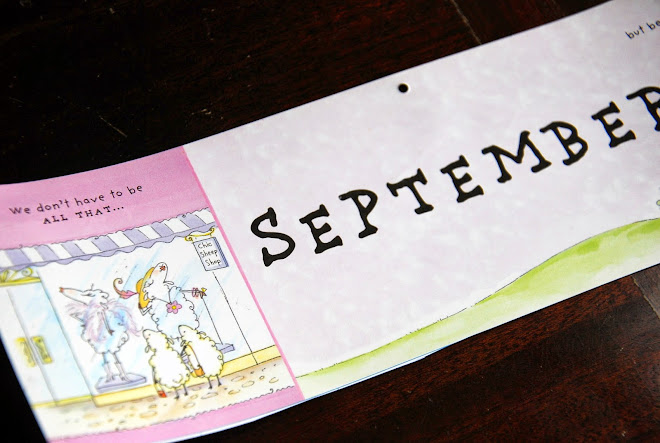 We each get to pick something that stretches us as a weaver.  I picked taking a floor loom weaving Guild class that starts later this month.

Weftember has drawn weavers from every nook & cranny of the skill levels.  It’s been a rollicking first 32 pages.  The group inspired me to sit back down at the loom bench.  The end result may not be a looker but the weavers were having none of my shyness.  You can thank them for any pictures at all!

Janet Dawson’s Craftsy class is what really helped orient me, alone at home.  She talks you through & also weaves with a smaller Schacht Wolf loom.  Most of all, I love her ‘loom scavenger hunt’ for All the Ties.  With Janet’s back-to-front warping, and Peggy Osterkamp‘s sampler from Weaving for Beginners, I made out all right.

Sampler, fresh off the loom

The lines of skipped warp threads are no trick of the light.  I discovered rust to the back of the reed, and also my own sleying error.  Several deep breaths later, I advanced the warp and fetched the can of spray starch.

Starting over with plain weave helped but not entirely.  See how the floats extend beyond that point?  I tackled this again by hanging 2 heavy stone necklaces off the back beam.  It worked!  The trouble in the reed was much more manageable after that.

FOAY is so utterly cool that they picked up on the key word “rust” immediately.  Chemists weighed in, and with discussion, I got the green flag for Plan 1 of 2.  It involved rubber gloves, a steel scrubbie, diluted CLR, and an apron.  The reed still has rust but Plan 2 of 2 is in place.  That reminds me, I need to get naval jelly & a small brass brush… 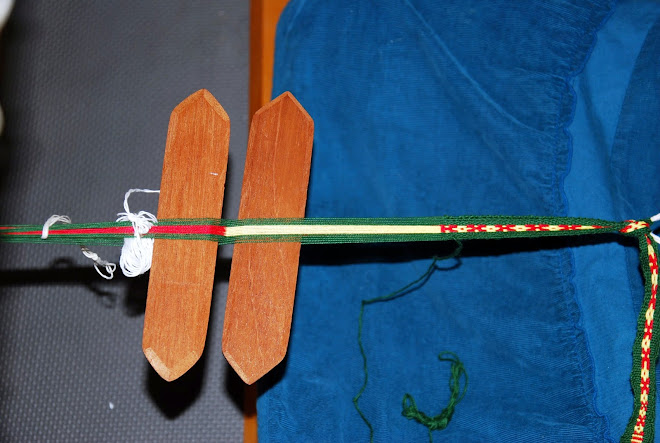 Yesterday, as my brain strained under the idea of a new floor loom warp, I had an Aha! moment.  Soon the backstrap loom from String Thing was out of its basket hiding place.  I was afraid that all the learning had flown out of my head but I was able to pick up, pallashanin as it were, where I left off. 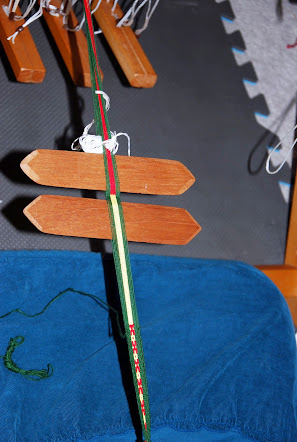 Although I started with the loom on my bare foot, I switched over to use the back of my floor loom.  I love the mahogany swords or kaulla from Abby’s class.  The Tanka Ch’oro design is described by Nilda Callañaupa Alvarez in “Textile Traditions of Chinchero: A Living Heritage“ as being:

… formed by three pairs of threads of two colors.  This is the first design that the weaver learns.

It is a series of shells side by side. 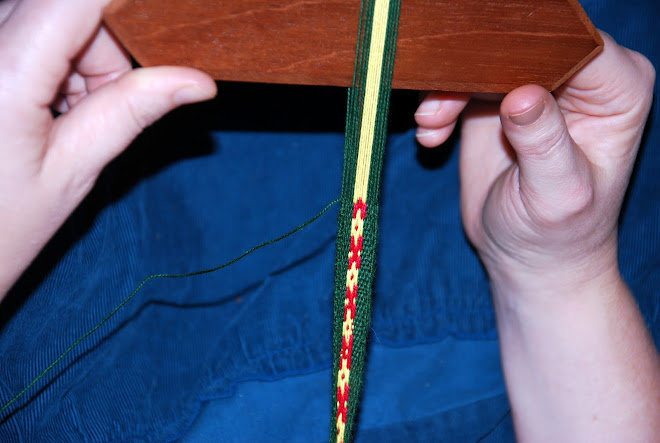 Here I was seeing some mistakes, and learning by doing.  Soon, I was thinking more in terms of creating the design:  “two red legs; yellow heart” and “sonqopa heart.”  I remembered to drop warps first, and I didn’t saw my yllawa or string heddles when changing sheds. 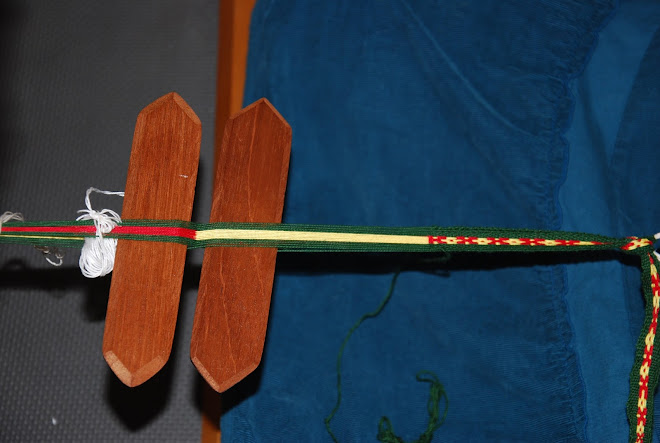 My loom manipulation improved, and so did my weaving.  Backstrap weaving is so simple, and yet so far from my true grasp. 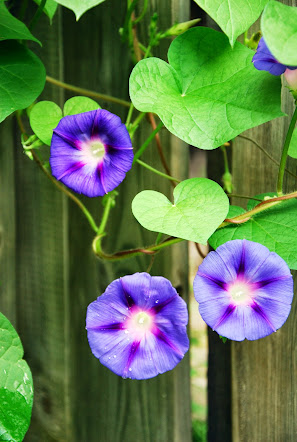 One thought on “Hello, Weftember!”