At the tail end of the last post, I very quickly mentioned the spindle project that I called ‘Pyrenees Delight Cheviot.’  The spin dates back to the night of the 12th stage of the Tour de Fleece when I needed a completely portable spin for summer days with T. 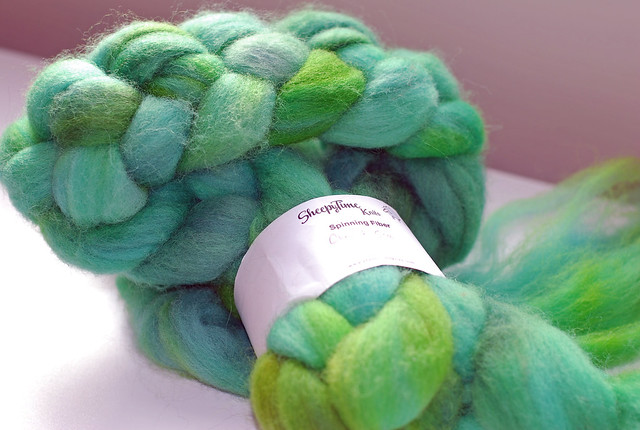 The Tour falls nicely behind my birthday, and Mandie at Sheepy Time Knits had a well-timed spinning fibre promotion for the event.  Don’t you love when fibre barely even grazes your stash?! 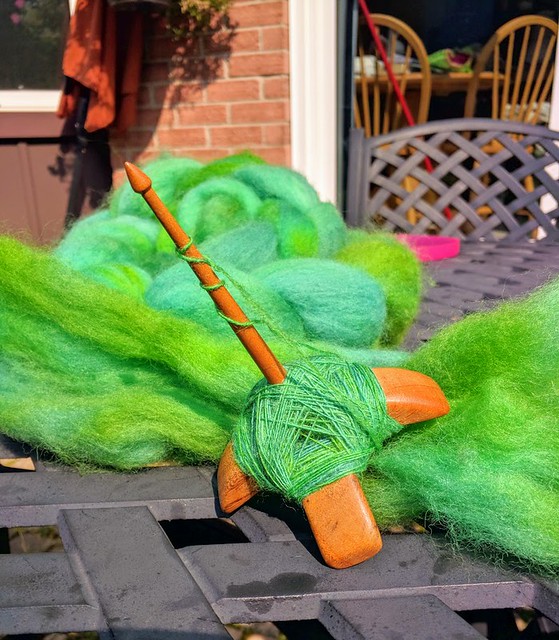 Jenkins Delight spindle to the rescue!

This Cheviot has been the single best pairing for my Jenkins Turkish Delight spindle.  Before now, I had used this spindle for a BFL/silk that is now socks, Wensleydale & took a wrong turn to Merino finger roving.  It’s been reliable but only now have I really found the groove with this Cheviot wool.

Cheviot is an old breed developed in the south Cheviot Hills of the UK.  Mandie’s dye colour is so clear and saturated on this wool.

The feel of this ‘three-dimensional’ crimp is amazing as I use the Delight.  In the Fleece & Fibre Sourcebook the crimp is described as “unique” within this breed family (p. 55).   My hands agree, and I would love to spin Cheviot locks after this experience. 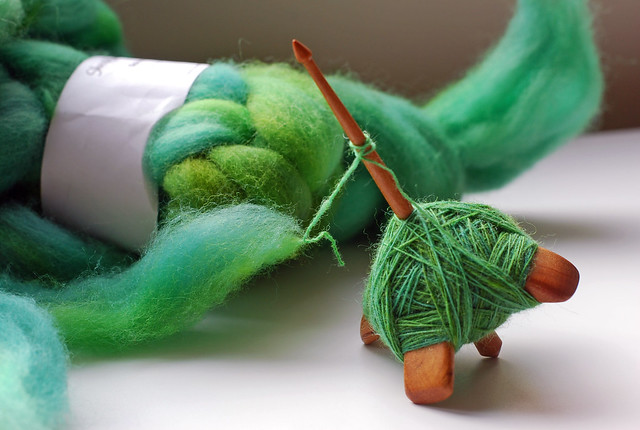 Each year, Ravelry.com supports the spinning community’s celebration that is the Tour de Fleece.  We know this, and in 7 years of spinning, I have always looked forward to the home page’s blog post.  It was FluffyK who let me know via tweet that my spinning was featured in the round-up.  Hers was too!

This is the beautiful post, Eye Candy: Tour de Fleece, written by onestitchshort that includes my project. 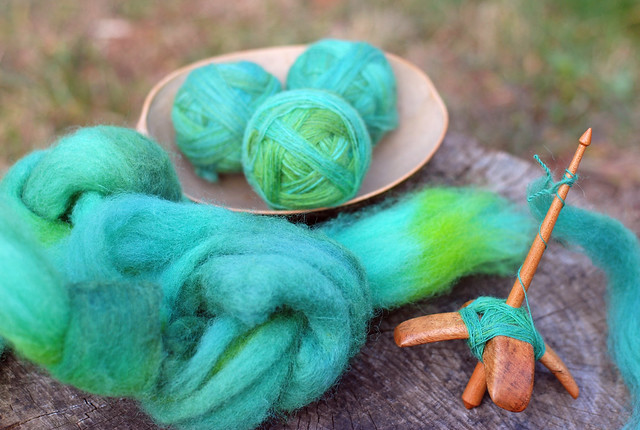 When I updated the project this week, I was stunned to see that it has 26 people who call it a favourite, and was viewed 1,458 times & counting.  That is a major leap from the peak of 5 favourites, 68 views on another Team Spindlers project, the CVM sweater spin.

The post lifted my spirits – I was trying to cope from here with difficult health news for my Mom who lives in Jamaica, and the non-stop adulting.  That uplift was important but I am also very happy that two spindles were shown as beautiful tools riding in the Tour.

The spindle weighs 28 g, and is in Carob wood.  Two-strand-ply balls shown in the calabash bowl are 37 g, 43 g, 37 g, respectively.  All singles are spun on the spindle, wound-off, and re-wound to a two-strand-ball that I will ply from when the fibre is all spun-up.

Although I had to duck out at the very end of the Tour, I rode most of this year’s Tour de Fleece as a co-captain in Team Spindlers.  It was like riding a wave that floated all boats.  Spindlers is a mixed group of all skill levels, and the discussions are advertising-free.

I also joined a relaxed & fun Team Bosworth.  It was an all-spindles year for me! 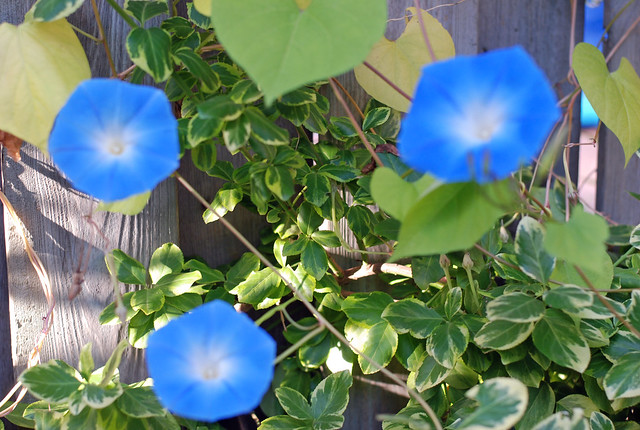 It has led me to hope that we can keep both big & small tent spindle-friendly spaces flourishing.  These spaces are:

If any reader has thoughts to share about how we can either sustain the existing spaces or bring our tools to new spaces, I would love to hear from you.  It is something I have been speaking about with friends whose work I have seen but aren’t local and now prefer to step back a little from the fray.

Writing is more my speed than video/ audio but all thoughts are welcome.

One thought on “Spindle spinning with others”