By a miracle and a half, I stayed with the Tour de Fleece this year.  I posted with my teams each day.  Generous feedback from Friends of Abby’s Yarns & all of their projects kept me in the loop even when serial nights of posting progress seemed impossible.

Not since Brownies have I been this happy about a badge…  The No. 1 Project for Teresa is now at 4 plying balls and then some: 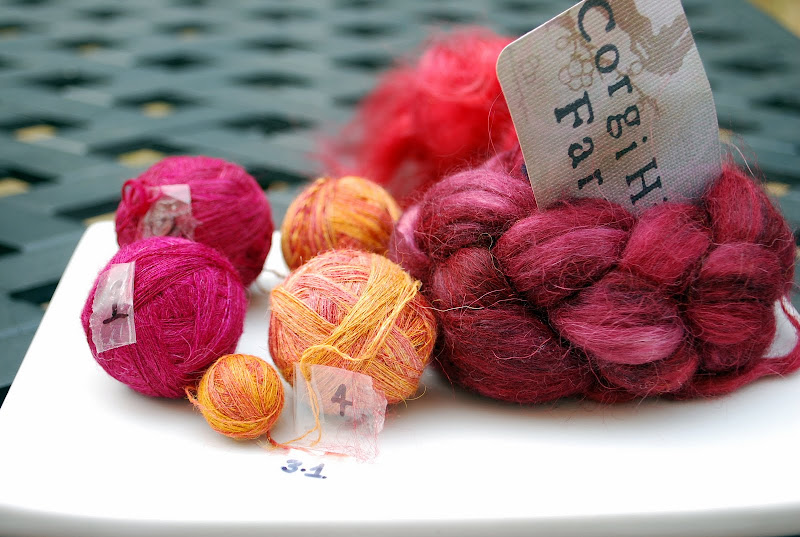 It’s been a happy project, and there’s also a goodly amount on the Ethan Jakobs at the finish line as well. 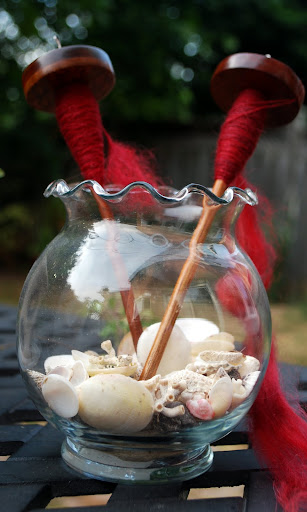 It wasn’t solidly spinning for her yarn either.  Cotton is a good example.  My Huari spindle & cotton came in the midst of the tour.  It’s circa 850 A.D., with faint paint markings and a black clay whorl. 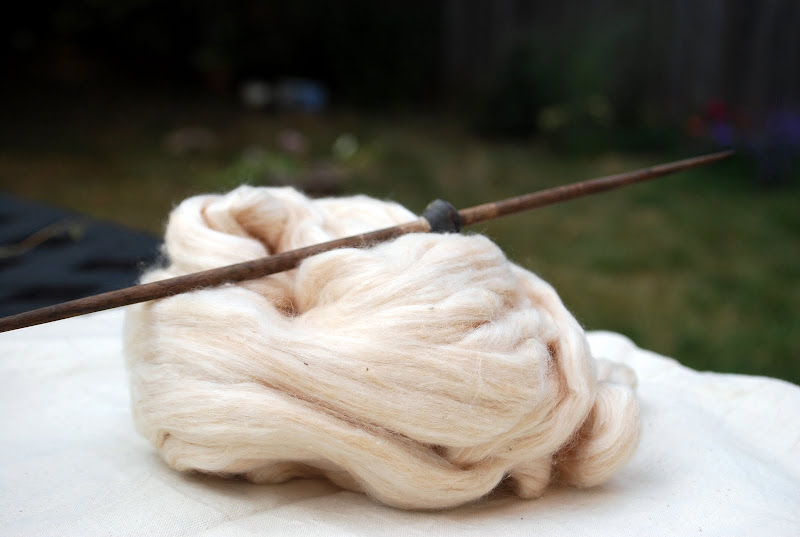 Naturally it spoke to me of cotton.  One tour night became about sucking less on my coin takhli.  The white shell was the break-through here – it’s DRS for the takhli! 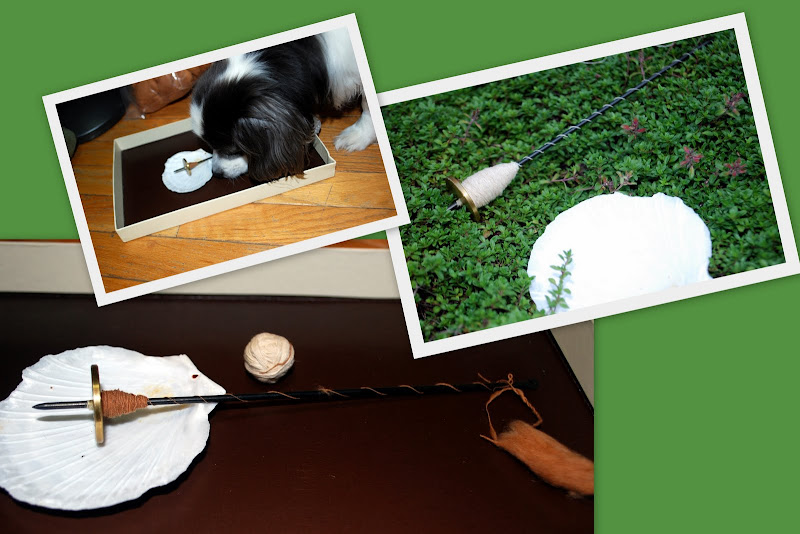 There was also the odd evening of wheel spinning.  My left thumb thanked me for the new motions.  Neither the fibre nor the tool is new on this spin.  It’s Shetland top on my CPW.  What’s new is that the wheel moved rooms.  She’s now here in my study/ craft room. 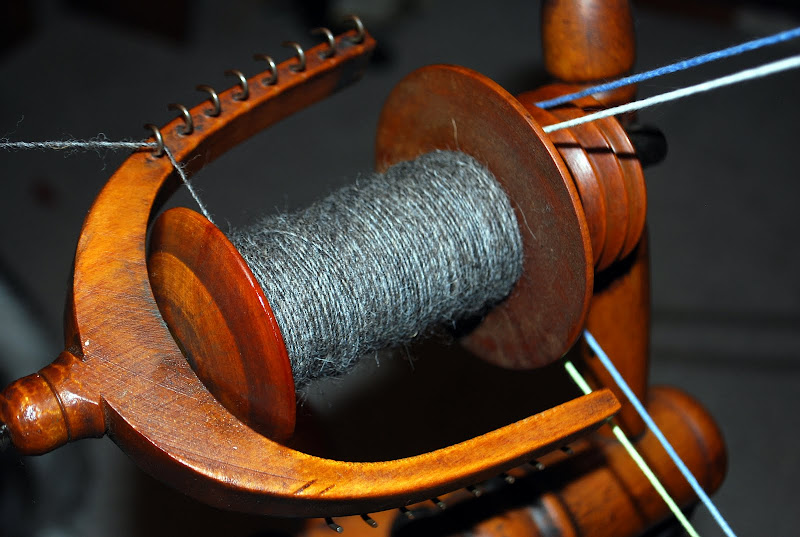 That foray was inspired by Jacey’s Shetland breed study in her Insubordiknit group on Ravelry.

And speaking of breeds.  On the almost hottest day of the year, I showed my stubborn genes & cleaned a whole lamb’s fleece.  But a portion of the fleece: 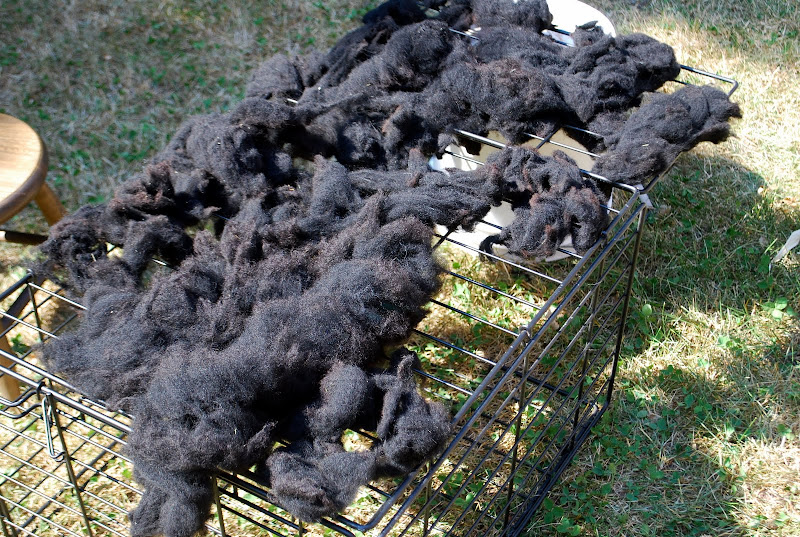 It’s my first Black Welsh Mountain sheep fleece – ewe lamb from Desert Weyr.  There are condition issues that I was told about frankly & fully ahead of finalizing the order.  The depth of black has to be seen to be believed, trust me.  It’s beautiful. 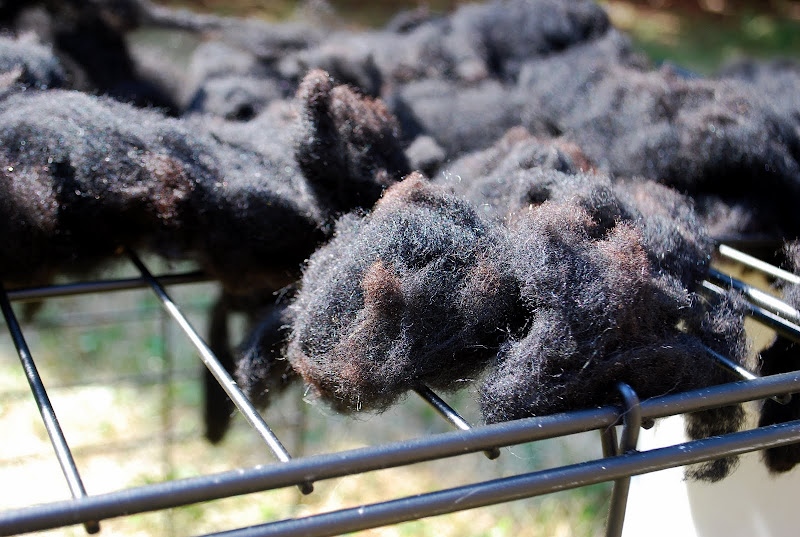 There’s a break near the butt-end of the fleece, and some scurf.  So, I worried.  After flicking, and carding a lock or two, I was happy to find it perfectly spinnable! 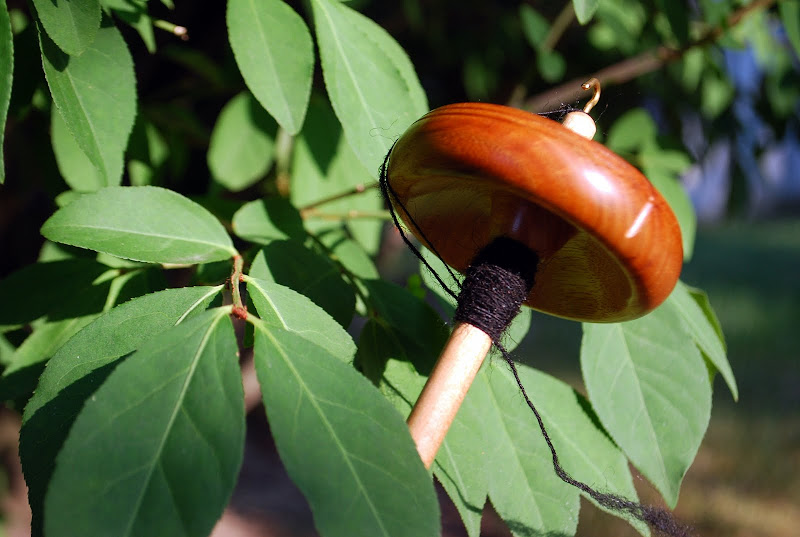